Ekiti State House of Assembly yesterday, 8th October, 2021 promised to improve on the full participation and inclusion of persons with disabilities in the entire Ekiti State 2022 Budget process. This commitment was made by the Speaker of the Ekiti State House of Assembly, Rt. Hon. Funminiyi Afuye and the Chairperson House Committee on Finance and Appropriation, Hon. Mrs. Olubunmi Adelugba while playing host to the team from Disability Not A Barrier Initiative (DINABI).

The advocacy visit by the DINABI team was part of its ongoing project titled “Advocacy for Inclusion” which aims to strengthen the understanding of duty bearers on the concept of inclusion. It also aimed at encouraging duty bearers to allow for the full participation and inclusion of PWDs in all societal issues while also increasing awareness on disability rights and issues across board. 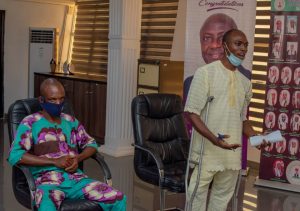 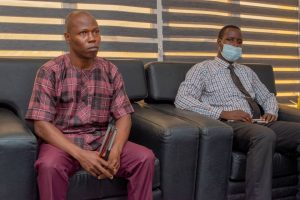 The Executive Director of DINABI, Mr Olajide Funso showered encomiums on the 6th Assembly for their resilient to entrench values and ensure dividends of democracy reaches all and sundry. He also praised the house for the prompt reading and passage of the Discrimination Against Persons with Disabilities (Prohibition) Law 2020 which was subsequently signed into law by His Excellency, Kayode Fayemi, the governor of Ekiti state. He noted that the bill had been coming to the past houses but could not scale through second reading. However, due to the inclusive nature and the love leadership of the current house had for persons with disabilities, success was achieved on the law.

While noting that over the last two years, there has been significant improvement in the budget process in Ekiti state, Olajide called on the house especially the House committee on Finance and appropriation to improve on its inclusive and participatory budgeting process. He said persons with disabilities should be given special opportunity to make their submissions at the town hall meetings on citizens needs assessment while also extending invitations to the disability community for the public hearing on budget.

The Chairman of JONAPWD in Ekiti state, Mr Owolabi Kayode who also accompanied DINABI team urged the house to use its oversight function to ensure the optimal performance of the budget just as he lamented that despite the inclusion of disability issues in the 2021 budget, little have been implemented. He also used the opportunity to appreciate the Fayemi led administration for the appointment of an SSA to the governor as well as Board Members for the Ekiti State Agency for Persons with Disabilities. He called for the quick commencement of operations of the board without further delay. 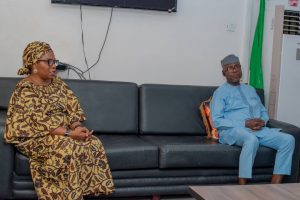 The speaker, Rt Hon. Funminiyi Afuye appreciated the team from DINABI for the timely visit. He pledged that the house shall continually include persons with disabilities in all their activities. He encouraged the disability community to articulate their needs and submit appropriately towards inclusion in the 2022 budget. He also said several laws have been passed by the 6th Assembly that either directly or indirectly affects persons with disabilities such as Ekiti Gender Based Violence Law, Equal Opportunity Law, Ekiti State Mental Health Bill 2021 etc.